This is a post that I’ve been putting off for a long time (well, since I first ate something in Germany), and I also forget more as easy day passes. It’s also one of the more biased posts that I’ll be writing for a while.

When I lived in the US, my eating habits were not very healthy. Drexel University requires all residential students to have a traditional meal plan, which gives you 10 meals a week (comes out to 2 per weekday). Pretty much the only place that you could use the meal swipes was the Hans dining center. The Hans has a bunch of different foods of varying quality, including pizza, burgers, pasta, fries, and various foreign and “classic” foods depending on the day. There was also self-serve ice cream hidden behind one area. My typical meal there was a few slices of pizza, fries, fruit punch, and ice cream… not really that good for you. Also, the Hans was a few blocks away from the dorms, located next to most of the academic buildings. It was only worth stopping by on your way to or from class, and so I only went once a day on average. 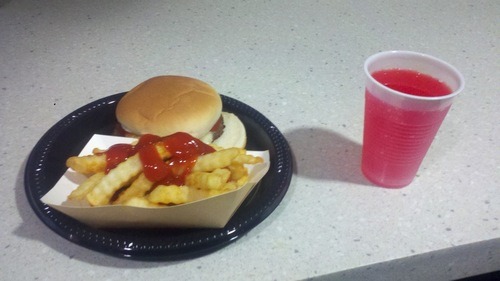 It’s also worth noting that I don’t cook or bake or anything like that. I’m not sure how common that is in the US but my parents just made anything that needed more effort than using a toaster. I used to joke that I burn my cereal but some people assumed that I meant hot cereal and didn’t get the joke. The exception to this was various well-labeled microwavable foods, such as Chef Boyardee cans and other junk food.

Anyway, when I was getting ready for this trip, I expected a huge culture shock food-wise because of my eating habits at college. I was not disappointed. The way it’s been working so far is that we (Ali and others from the betahaus) go to a different place for lunch every day. That means that I ate lunch at 5 different places last week, but I barely remember what exactly I had. (I need to learn to take pictures). Thus this post is more of an overview, I guess. 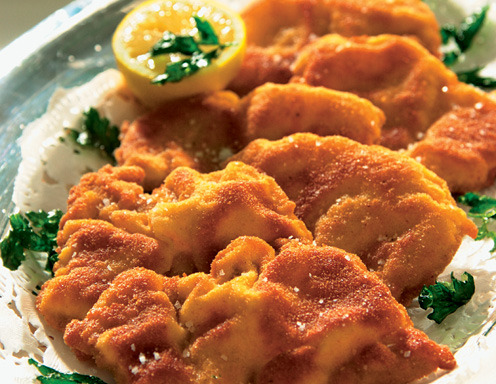 On the first day Ali gave me (darn it, this sounds like a Christmas song) a Schnitzel. He explained to me that there’s different types of Schnitzel (based on what meat it’s made of) but I forget whether he said that pork or veal is better. Anyway, it basically was a large, flat breaded piece of meat. The sauce that came with it was pretty good, but the most surprising part of the meal to my American tongue was that the French fries were not like any that I had before. Ali’s explanation? “They’re made from happy potatoes.” [citation needed]

Tuesday through Thursday blurred together but I remember that one place was Korean and basically served rice and chicken. The chicken was awesome (it tasted like chicken) but the rice was more bland than I remember, though this is probably because I used to put ketchup on my rice like a weirdo.

Friday (or maybe it was Thursday?) was the American-like meal I had that week, and I also learned a bit about restaurants in Hamburg. We went to Jim Block, which was kinda like a hybrid of McDonald’s and a sit-down restaurant. The menu only had burgers on it, and when you ordered a burger it came with fries and a 0.3L drink. I tried eating mine with a knife and fork like most people there but quickly gave up and reverted to my American manors. I was also happy to find that the fries tasted like what I’m used to. On the other side of the spectrum, apparently it’s very common in German restaurants for ketchup packets to cost extra. Finally, a lot of the people in the restaurant were wearing suits; this isn’t your typical fast-food place.

A quick note on serving size and such: during college, I got used to one or two meals a day, with only a couple slices of pizza per meal. This is apparently less food than normal people eat, because for the first few lunches I had problems eating all of the food that I was given. One of the stereotypes that I knew was that Europeans eat less, but it looks more like they eat a decent amount and just don’t have as much soda with their meals. The 0.3L drink that Jim Block had equates to 10 ounces, which (according to my research) is a little bit smaller than the smallest drink offered at McDonald’s — kid size.

Whelp. Just as I expected, this post became a run-on train of thought. Just one more regret for now: I really, really should have tried salad, even once, before this trip. 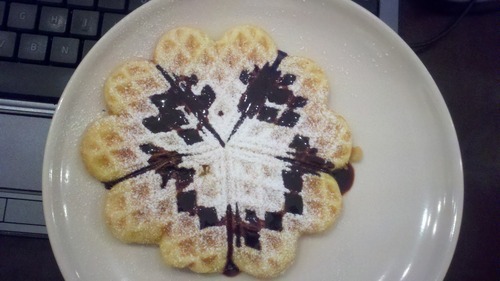 At least there’s some awesome snacks around.

You had never had salad? I’m glad you’re eating well there!

You’re going to become acclimated to the food over there and then when you get back you’ll hopefully hate all of the terrible foods you used to love……probably not. But one can hope.

@dave: The closest I’ve ever gotten was the lettuce/tomato/etc in McDonald’s burgers :P

@citizen (whoever you are): I am not going to give up pizza but I will probably eat more than just fries and ice cream with it :)

Take some pictures of your dinners with you and your friends in them. Take some pics of the places your eating in too.